Why Ecommerce Merchants Should Ride the Social Commerce Wave

Social Commerce or S-Commerce has proven itself to be a driving force for reaching more shoppers in non-intent-driven ways, and to boot – properly handled it can be highly lucrative.

Of the three top channels Morgan Stanley analysts expect to lead online advertising growth by as much as 20% in 2021, two are social media platforms – Facebook and Pinterest.

The third, as you most likely guessed, is Google which comes at quite literally no surprise.

I’ve said it before and I will say it again: this is a very new world we are living in right now and ecommerce merchants MUST be willing to adapt to break new ground in their digital growth. Gone are the days of focusing solely on search engines to future proof one’s desires for ecommerce dominance.

Its not a stretch to say that social commerce or s-commerce can (and in some cases should) be the driving force behind taking your online store or retail brand to the next level.

What is Social Commerce (S-Commerce)?

Put simply, s-commerce is essentially defined as a form of ecommerce that solely involves social media as a means by which merchants or retailers connect with consumers.

Break that down even further and you will find the core components of s-commerce include such activities as:

So, not only can s-commerce help merchants grow top-line revenue, but it can also help drive down-funnel new customer acquisition and even build up social proof.

Without leveraging s-commerce, merchants and brands are effectively leaving money on the table and losing out on what their competitors are potentially using to leave them in the dust.

Which S-Commerce platforms are right for me?

It’s the “eggs in which basket” argument all over again – of all the social media platforms out there, which are most likely to drive results.

While the short answer is “potentially, any of them,” you are likely to get yourself into the weeds if you don’t take a measured (or even data-driven) approach to choosing the one’s best-suited for your business.

It can also depend greatly on what types of products you sell. Unique, custom, or even handmade goods may fair better on Pinterest for example while branded products may see better performance on Facebook and/or Instagram.

Here’s what I CAN tell you though… 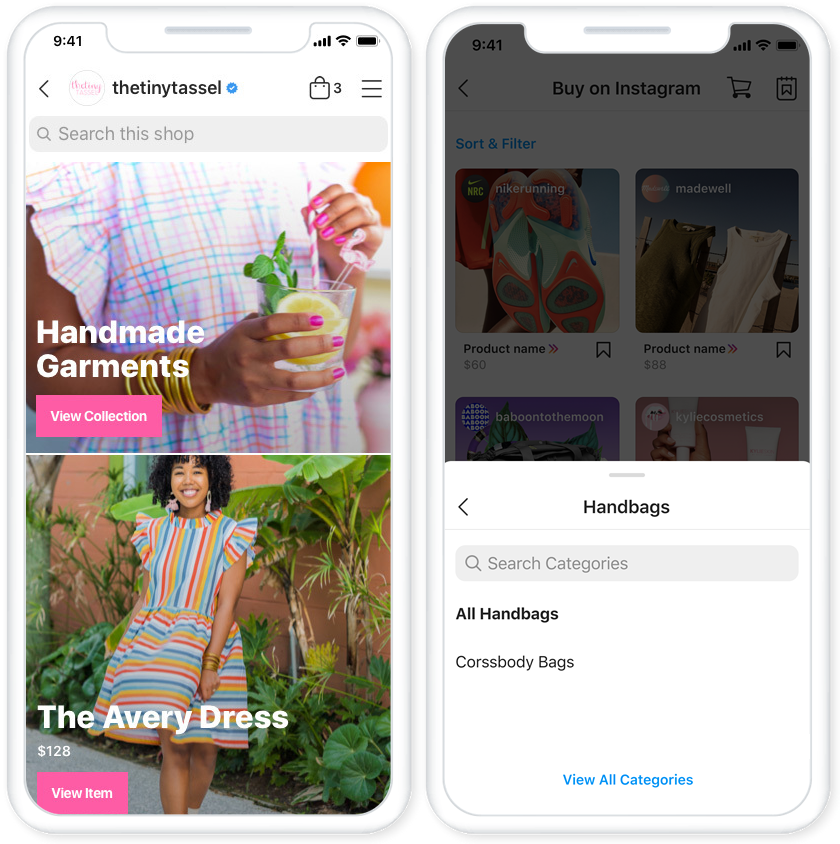 For whatever time and resources you may have at your disposal, Facebook and Instagram are prime contenders for what may be your top choices for s-commerce and social media marketing as a whole.

Merchants on any ecommerce platform can now leverage our award-winning technology here at Sales & Orders to generate a functional Product catalog for Pinterest. So, what are you waiting for???

Going back here for a second it is said that Snapchat is a great way to connect with a younger generation of consumers – especially seeing as the vast majority of Snapchatters are under the age of 35. If your products are geared towards them or if your brand aligns with a more “youthful” identity, then Snapchat can be an excellent part of your s-commerce strategy.

I have left these to the end only for the simple reason that, out of all mentioned thus far, neither Twitter or TikTok offer (at least now) a form of product-specific ad format.

However, that doesn’t mean that either could not potentially be powerful drivers for your ecommerce business.

Twitter users, by most statistics, use the platform more so than any other social media platform for one particular thing – news consumption.

That isn’t to say that you won’t find Twitter a useful social media marketing tool seeing as there are likely over 330 million active monthly users on the platform.

Tweets from your ecommerce store’s profile – including sponsored ones (advertising) – can be used to spread the word about current or upcoming offers and deals. Ads can be used to target individuals who follow other profiles and/or businesses thus allowing you to reach consumers who might resonate well with your products or your brand.

With its direct messaging capabilities, Twitter does allow you to potentially tackle some customer service. This is also where you need to tread lightly as consumers can also “wage wars” with brands in publicly facing tweets and calling out to any particular hashtag (#) that might excite other users who were never really part of the conversation to begin with.

After its all said and done – strike the right balance, remain “impartial”, and stay on mission – and be sure to put tracking parameters on everything you share if it directs back to your ecommerce website!

The hip new fad especially among the younger generations, TikTok has virtually exploded onto the social media scene – giving rise to some recent, both hilarious and touching at the same time, viral moments of 2020.

In the face of COVID, TikTok as pledged $100 million to help SMBs and is even offering some incredible bonuses such as ad credits and more (time is running out to claim these benefits).

If you or someone on your team has the creative chops to pull it off, TikTok does offer a number of short-form mobile video ad unit types you can leverage to build brand awareness and connect with consumers.

Other than ads though, there isn’t much “s-commerce” going on yet at TikTok – but that is not to say that the future does not hold an expansion into the territory.

Are you ready for S-Commerce?

Ultimately, succeeding in today’s ecommerce ecosystem is all about staying relevant and being present wherever and however consumers are interacting with retail online.

Not every shopping “micro-moment” is based entirely on intent. In truth, every consumer’s journey is unique – often consisting of hundreds of touchpoints throughout.

Social media marketing and s-commerce represent prime, digital retail shelf space where merchants can reach potential shoppers “in the context” of their personal lives. By not incorporating s-commerce into one’s strategy, you are ignoring what could potentially bring in more sales at a high return on investment.

Especially now as s-commerce continues to evolve at break-neck speed, ecommerce merchants should be looking at every potential avenue for opportunities to grow and expand their reach.

In recent years, Microsoft has taken major strides in improving their ad interface and delivery...

Facebook Remarketing: What Is It & How Can You Get Started?

E-commerce as a whole can be unpredictable. There is one thing you can count on, though: even...

If anything, the pandemic has reinforced the role that delivery speed plays in the ecommerce...